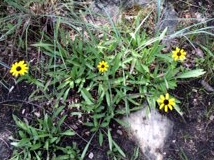 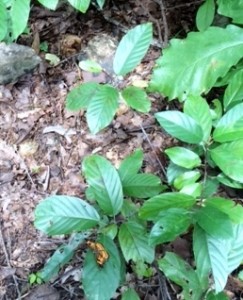 ayed in Wild. Okay, that’s a little dramatic. Let’s just say I wasn’t well prepared. My hopefully-soon-to-be-Eagle Boy Scout son would’ve laughed at me or scolded me, I’m sure.

Arriving at Lakeside Forest Wilderness Area tucked back on Route 76 in Branson, Missouri, I decided to take the short 7/10 mile walk. It was a walk, not a hike, just a little time in nature that I’d been craving. I would take the 328 steps down to the lake and was sure coming back wouldn’t be a problem. I’d planned to stop & get a water bottle and a protein bar, but I chose a Krispy Kreme donut & coffee instead.
(Bad idea #1)

The hike down was light & enjoyable and I just wanted to be in nature before the temperature got into the 90’s. My daughter was going to accompany me, but didn’t feel well that morning, so I went it alone.
(Bad idea #2)

I really wanted to see what (I thought) was promised – a small waterfall at the bottom of the steps. No waterfall. Rather than taking the steps back up, I’d noted on the posted map at the beginning of the trail that there was a way around the area that didn’t require steps. A longer hike, but I was up for it. (It made sense at the time…but was Bad idea #3 / potentially disastrous idea #1). The trail was muddy and steep by the lake, and I slipped & fell twice, cursing. Other than mud on my legs & a few scratches I was OK; no blood, no broken bones or sprains. (Blessing #1)

The Kindness of Strangers
I saw a group of 5 hikers up ahead. One of them observed my muddy legs and asked if I was OK. She offered a drink from her water bottle, which I started to decline but graciously accepted after assuring her I had no communicable diseases. It was cold and sweet and I was grateful. (Blessing #2)

I didn’t think the path was well-marked, but then I’m not an experienced hiker. (Obviously.) It seemed to circle back on itself & there were no hard copies of a trail map and I’d tried to find one on the internet the night before with little luck. Determined to push on and seeking some semblance of positive perspective – like calling it an “adventure” – I put one foot in front of the other. Full of self-reproach for not bringing water and the decision NOT to take the blasted steps back up, I carried on until I found another ambiguous trail marker and started a different direction. Then I second-guessed it & went back because it didn’t seem right & stood still kind of wanting to cry because I don’t like to feel lost. Adventure or Not. I also wanted to laugh because I tend to take life so damn seriously. It’s not like I didn’t have my cell phone. (A little perspective, please.) I didn’t pass anyone else on the trail & therefore concluded the rest of the world had more sense than I did. My brain went into the Gilligan’s Island theme – “a three-hour tour, a three-hour tour. Where’s the Professor when you need him? The Professor was really the first MacGuyver…”

I took a deep breath & said a little prayer and kept walking. A lovely little monarch butterfly appeared, the first I’d seen all morning, and I chose to see her as a symbol of hope and encouragement. A few more steps up the path & there we these tiny yellow flowers, also the first I’d seen on the path. (Blessing #3)

Of course, I made it back to the trail head & looked at the damn map (again) and Congratulated myself heartily that yes, the bloody trail DID circle back and I conquered the thing in my own way. I took a picture of the map with my phone & wondered why it didn’t occur to me to do that BEFORE I started walking.

It made sense at the time.

A Summary of the Lessons


Which of my lessons resonate with you?  What’s familiar? Please share your own experience in a comment Below – Thanks! 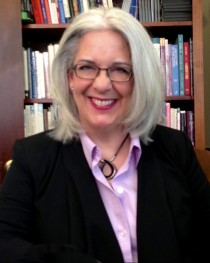